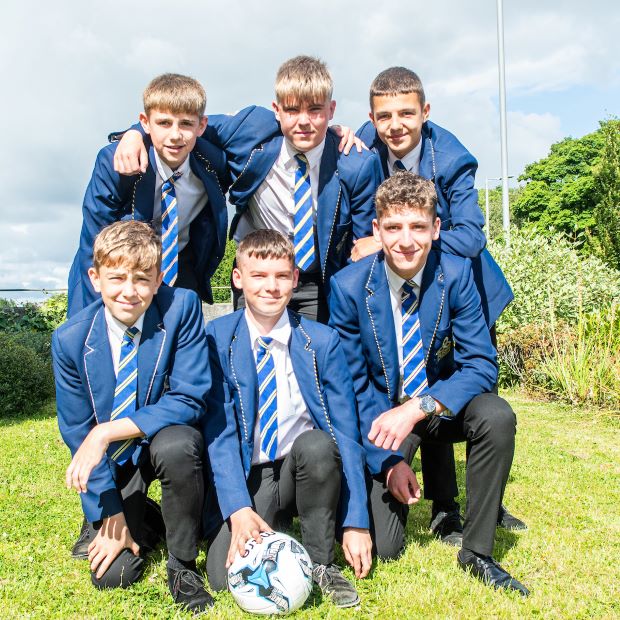 A group of pupils admitted it was a tough but rewarding experience meeting their Palestinian counterparts.

A group of teenagers from Palestine were visiting the UK, organised by the Pendle Palestine Twinning Group, and came to Blessed Trinity as part of their trip.

They spoke to the Burnley pupils about life in Palestine and the difficulties during the Israeli military occupation and that even something as simple as getting to school was often prevented by soldiers at checkpoints.

They had lunch, played five-a-side football in the sports hall and then went on a tour of Turf Moor. They finished at Canalside Community Hub for an activities evening.

One of the Blessed Trinity pupils said: "We met them in school and spoke to them. One of them spoke really good English and it was interesting to hear their life stories. It also makes you realise how lucky you are and what they have been through at our age.

"We had a tour of Turf Moor with them and had a kick around. It was nice to meet them."