Pupils, staff and families celebrated a welcome return of their Junior Awards Evening.

The evening, at St Mary’s Roman Catholic Church, was for Years 7-10 and was back after Covid halted proceedings for the last two years.

Guest speaker was Mrs Heather Murray OBE who talked about her 41-year career in the civil service and what she had learnt during that time.

“It was an honour and privilege to be recognised for an OBE and if I can get one anyone can,” she told parents and pupils.

“I have learnt you have love your job, be open to new ideas, show compassion, never be discouraged and work super hard.

“Don’t quit and be determined. There will be setbacks but they will make you more resilient.”

There were prizes for assessment grades and certificates of commendation presented to Years 7, 8 and 9. 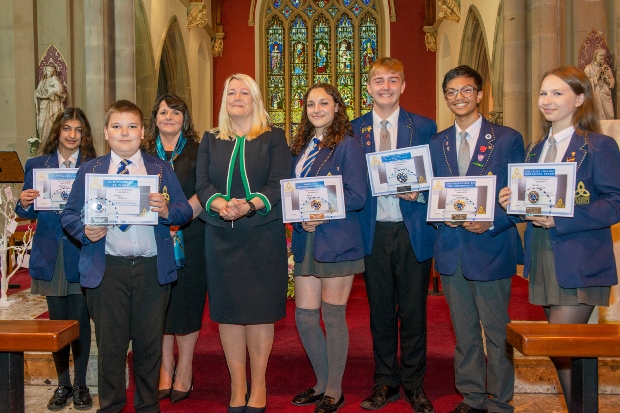 For Year 10, there was certificates of commendation as well as subject awards for achievement.

Certificates were also given out for full attendance in all year groups.

There were some special awards presented at the end. 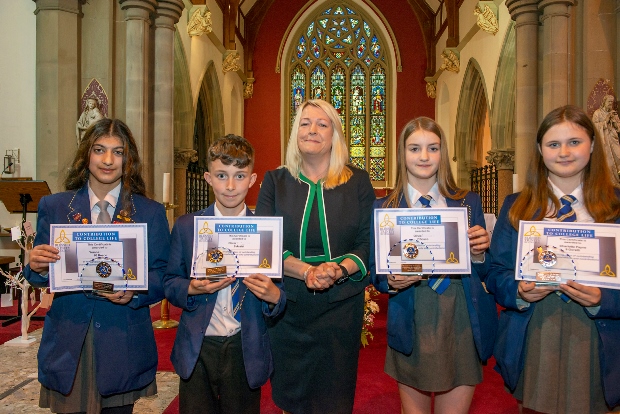 Harry W collected the Achievement at Work award for his commitment to the Prince’s Trust, showing perseverance, team work and the ability to overcome challenges.

Asha H won the Duke of Edinburgh Award for her resilience and organisation which included three months of volunteering to help people with their learning during lockdown as well as three months of dance for the skills aspect.

The Specialist College Humanities Award was presented to Nicole B for her consistency and attitude to learning, making impressive progress especially in Geography.

The Contribution to Community award was presented to Head Boy Sebastian B for playing a key part in school life. Sebastian is a Mission Leader, took part in the Young Enterprise group, is on the Student Council, is part of the Faith Life of the school and, basically, is ‘an amazing ambassador for Blessed Trinity.’ 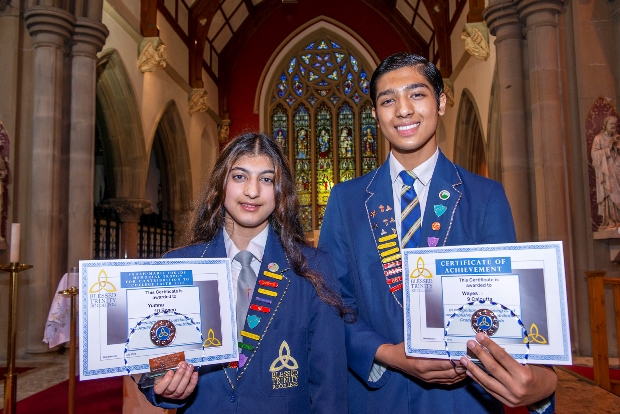 The Contribution to College Faith Life award was given to Yumna, a Mission Leader who is described as 'having enthusiasm and kindness.' Yumna trains junior Mission Leaders, leads prayers and is a willing volunteer.

The Robin Barlow Endeavour Award belonged to Lewis C while the Sporting Commitment Award, in memory of former teacher Mick Ennis, was presented to Rossi F, for being involved in most sports clubs, helping out those who struggle to learn new skills and was described as 'a great ambassador and mentor for the younger members of Blessed Trinity.'

Headteacher Mrs Williams said: “We are really proud of our young people and it’s an honour to guide them and help them fulfil their potential.

“It’s been a while since we were able to celebrate in person so it’s lovely we have been able to get to celebrate these achievements together again.”