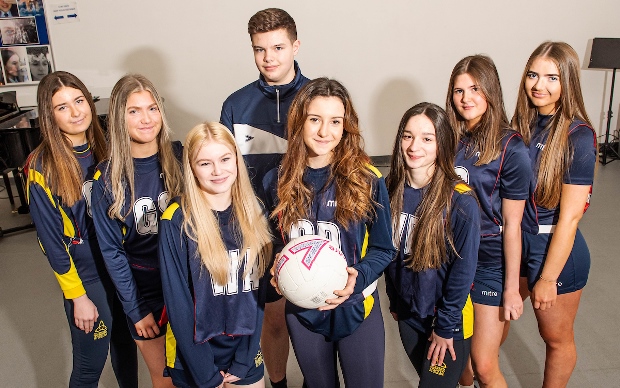 Year 11 James started refereeing in the Burnley Netball League through his mum and has since won praise for his performances for North West Spartan's Men's Netball Club in Manchester.

And he has turned his hand, along with PE teacher Miss Thomas, to coaching Blessed Trinity's teams.

The Year 10 girls recently took part in a national competition at Stanley Park.

Miss Thomas said: "The standard was really high but it was a great experience for the girls, who won four of their games.
" James enjoys coaching and passing on his netball knowledge."