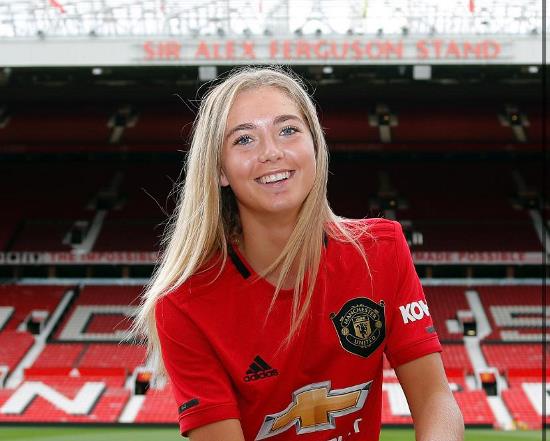 Manchester United star Tiggi has already represented her country as part of the English Schools FA U15 squad but this is her first full call-up to the Lionesses squad.

Tiggi, who started playing football for Burnley Girls when she was nine-years-old, has also represented her county and the North of England and this is the next step in her flourishing career.

The striker came through tough trials in July 2018 to secure a place at Manchester United – just two out of 100 trialists who were offered contracts.

Tiggi will meet up with the England squad at Bisham Abbey National Sports Centre.

Tiggi admitted: “My dream is to play for England” – and now hopefully that will come through.

The last time someone from Blessed Trinity represented their country at football was Oliver Norwood in 2006/2007 and he is now captain of Sheffield United and plays every week in the Premier League.

The one before him was Chris Casper in 1991 who played for England U16s with David Beckham, Michael Owen and Gary Neville.