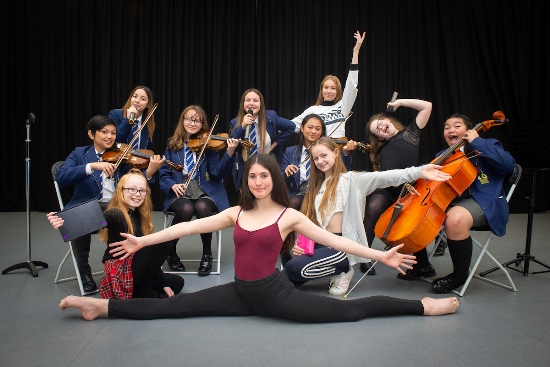 It was definitely a case of Burnley's Got Talent at Blessed Trinity's annual Performer of the Year night.

There was a record audience for the night which featured drama, different types of singing, instruments and dancing.

Plenty of pupils auditioned in the run-up and then, for the finale, three contenders from each category performed to judges Mr Hartley, Curriculum Leader for English, Ruth Davies, Course Leader for Performing Arts at Burnley College and ex-pupil Greg Worden, who left last year and starred in all of Blessed Trinity's shows as well as being a talented musician.

The overall winner was dancer, Year 10, Eve who did a mixture of street, hip hop and more.

Junior Singer was Year Seven  Ruby, with 'Naughty' from Matilda, while the Drama Award went to Year Sevens Keandra and Scarlett who performed a comedy script.

A strong dance and song act was Mia singing a song from 'Mama Mia 2' with Ciara dancing to it, and the pair won the Dance Award, while the Senior Singing Award was presented to Maggie in Year 10, who performed an original song she had written.

Head of Drama Mrs Wright said:  “Year on year I am amazed at the talent of our pupils. I am extremely proud of all the performers and want to thank the judges for what must have been a very difficult decision. All winners have received Love to Shop vouchers."