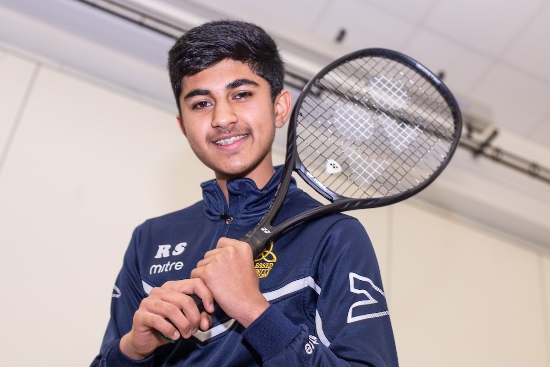 Roman, 15, will travel to Islamabad next February for international trials to determine his seeding and then he will go with the squad to the Asia/Oceania qualifying event which includes matches against Korea, Australia, India and Thailand.

“I am so excited, I can’t wait,” said Roman. “I started playing tennis when I was around six. I was on holiday in Tunisia with my dad, we decided to have a go, the racket was too big for me at the time but I enjoyed it.

“I came back and joined Burnley Tennis Club and have played ever since.

“Pakistan officials have been keeping an eye on me, they have watched me in tournaments and watched videos of me and I got a letter to say I had been called up, I couldn’t believe it. I think some of my friends are more excited than me though, they are all so happy.”

Roman says he is in the top 20 in Lancashire at Under 16 level and the top 40 at Under 18 level in the county.

“I train five or six times a week and I would say, I have a strong serve and a good back hand. My hero is Novak Djokavic and I have watched him twice in the ATP Finals.

“I enjoy science at school so, if I don’t make it as a tennis player, I would like to be a sports scientist or psychologist.”