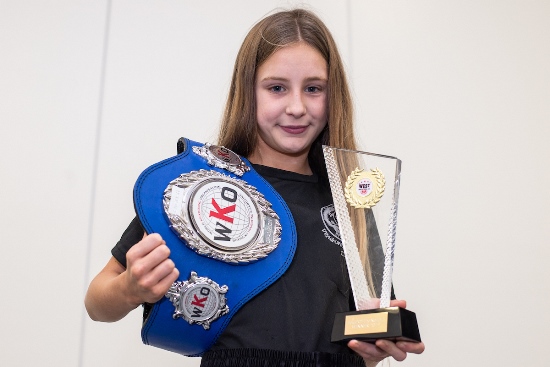 The 13-year-old won her first belt in Rochdale at 39kg.

“It’s the first time I have won an English title belt so I am really happy,” said Maisie, who trains with Dragons Kickboxing Club.

“There were two really strong girl competitors in my event so it was tough and I was pleased to win."

Maisie-Paige says she has had over 40 fights and recently took part in the biggest martial arts competition in the world in Italy.

She also won a silver and two bronze medals at the event, where she fought against kickboxers heavier than her.

“My next big competition is the World Championships in Barnsley, where there will be fighters from around the world so it will be a good one to be involved in."

Maisie-Paige said she originally got into kickboxing to release energy but found she enjoyed it.

“I have ADHD so I wanted to burn energy through some exercise and I found out I was good!

“I want to win world titles.”