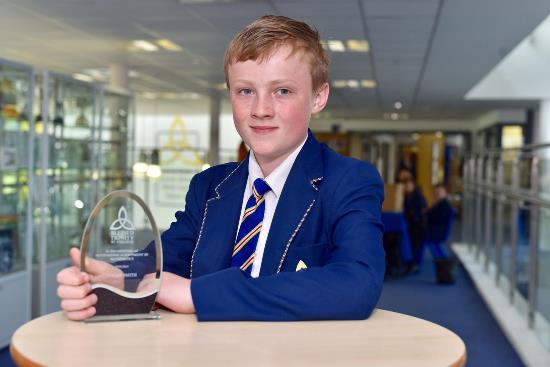 Ethan won a new award ‘Outstanding Achievement in Mathematics’ after excelling at the UK Junior Maths Challenge – a national competition.

More than 300,000 people take part in it every year and Ethan got the ‘Gold Award’ to make him one of the top 8,000 students in the country and he secured qualification to the next round – ‘The Kangaroo Round.’

At this stage, Ethan achieved a merit – the highest possible award in the competition – putting him in the top 2,000 Year Seven and Eight mathematicians in the UK.

"I was really honoured to win a special award," said Ethan, 13. "The UK Junior Maths Challenge got harder as it went on.

"Maths is my favourite subject and I want to do something with it in my future career." 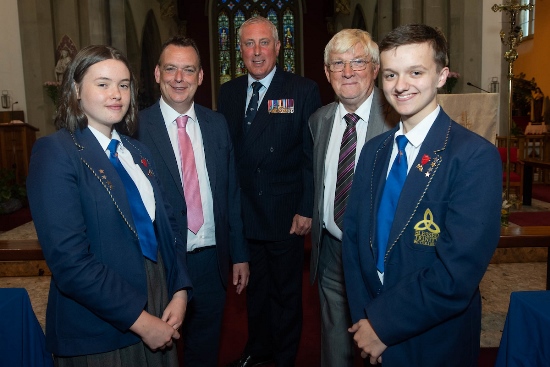 John Harker MBE was the special guest at the awards. John was born in Colne, is a Burnley fan, and joined the army at a young age, working his way through the ranks to major and gaining multiple honours along the way.

He now works raising awareness and recognition for the injured armed service men, women and veterans in Wigan.

“I wasn’t the best at school, I wasn’t focused enough but I loved it,” said Mr Harker. “I went into the army after failing to get the job as a carpenter that I wanted.

“I learnt a lot there, I have been all over the world and it taught me a lot.

“The two things I would pass on to youngsters today is to always do your best, always try and improve and do better. I did this in the military and got recognition and promotion.

“It’s also about respect, I worked in Afghanistan and it’s important to respect other religions, beliefs and other cultures.

“If you respect people and do the best you can in your career, as well as having a plan even if it doesn’t work, then you will go far.” 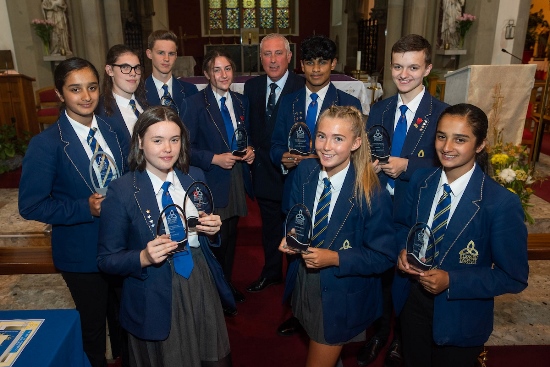 At the awards, students were presented with prizes for attendance, merit, individual subjects and there were special prizes as well at the end.

Heleena won the Specialist College Humanities Award, Jack won the Achievement at Work prize while Ashwin, who supported the school in his role as Mission Leader including charity work and participating in school liturgies, was presented with the Contribution to College Faith Life.

In the subject awards, Ross won two awards in chemistry and mathematics, Cara  won the drama and music prizes while Beth won dance and sociology.

“We are proud of all the students who have won awards,” added Mr Varey. “They give us a lot of hope for the future to make the world a better place.”